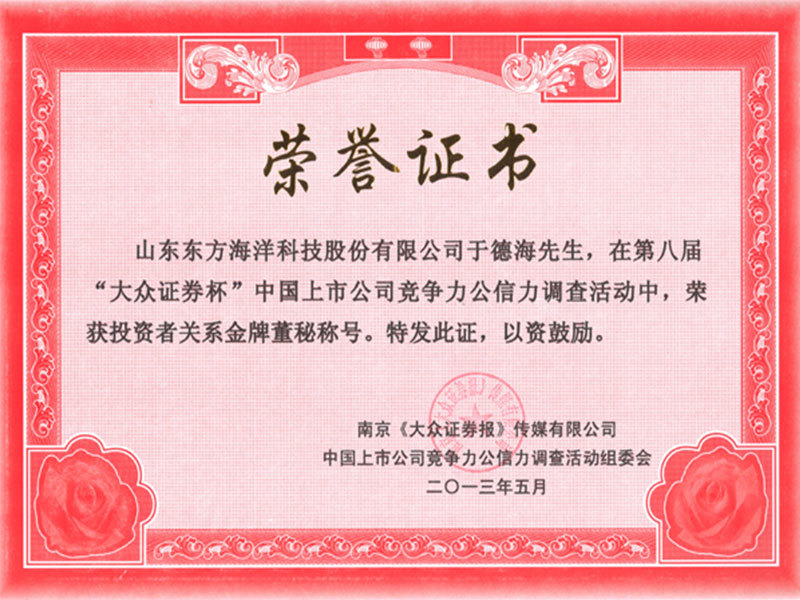 On May 27th, the 8th Dazhong Securities Cup "Competitiveness and Credibility of Listed Companies in China" Survey and Award Ceremony and the 20th Anniversary of Dazhong Securities Newspaper's 20th anniversary "With You All the Way" Gratitude and Appreciation Meeting was held in Nanjing on May 26th. The activities were conducted in the form of online voting, public securities newspaper readers' voting, and institutional investor questionnaires. The six major awards and the Investor Relations Gold Board Secretary have been announced. Our company won the "Best Public Image Award", and the company's board secretary Yu Dehai won the title of "Gold Board Secretary for Investor Relations". 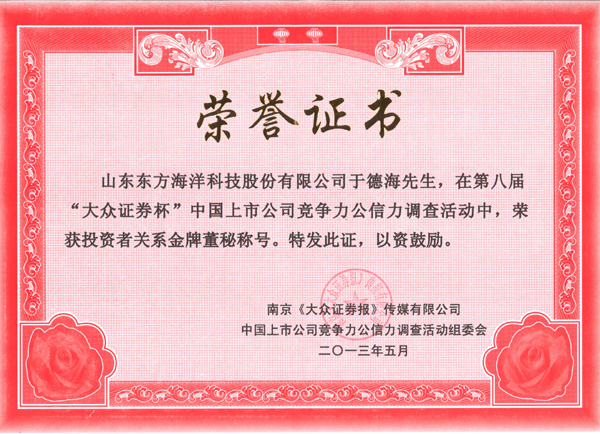 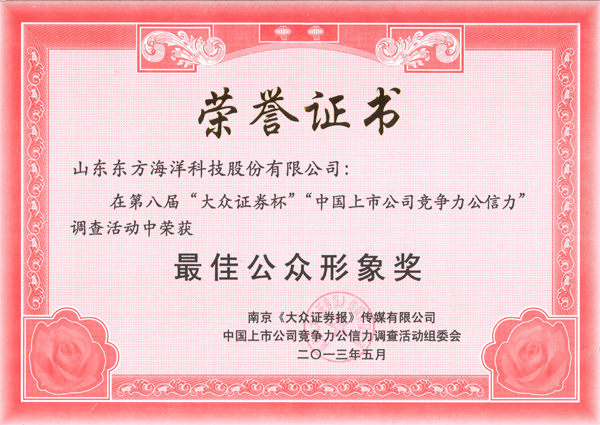