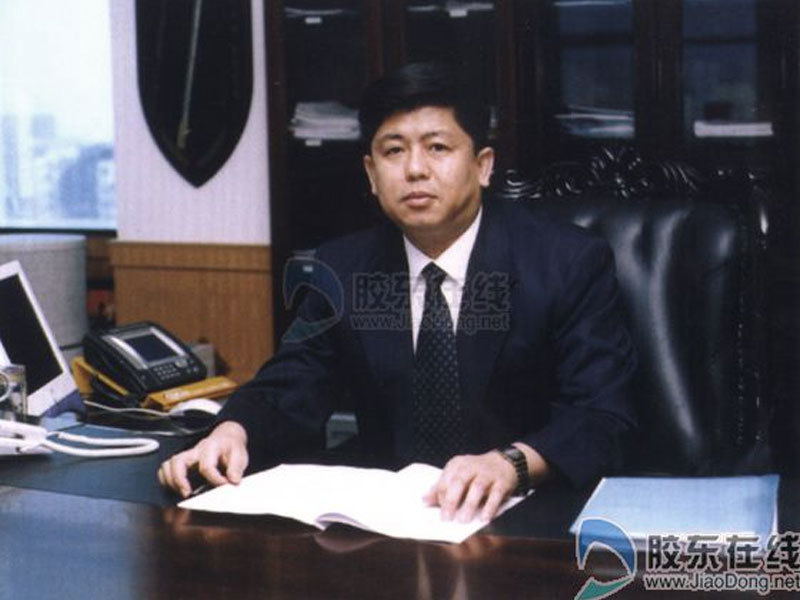 Che Shi, deputy to the Shandong Provincial People's Congress, chairman of Shandong Oriental Ocean Technology Co., Ltd., and director of the National Seaweed Research Center. Taking building a strong marine enterprise as its own responsibility, it promotes the development of Orient Ocean Group from an aquatic institution with a single industry and assets of less than one million yuan to a leading industry, catering, real estate, etc. A comprehensive modern large-scale enterprise group supplemented by development.

Jiaodong Online, July 16 (Reporter Jia Chuhang) The day before the interview with Chairman Che Shi, he had just flown back to Yantai from Rome. When interviewed by reporters, he is 1.85 meters tall, handsome and burly, with kind eyes, and in his speech and manners, he does not see the fatigue of the journey, but only sees the profoundness and calmness of God's reward for diligence, and the humility and heroism of lofty aspirations. In his wise mind, today's Oriental Ocean is no longer an aquatic institution with a single industry and assets of less than one million yuan, but a modern enterprise group that he has been striving for for many years. Today and tomorrow, three-dimensional and multi-dimensional magnificent development blueprint.

"Researcher" is more important than "Chairman"

"Science and technology are the primary productive forces", Che Shi has always believed. Over the years, he has been persistently and firmly walking the road of "Science and Technology".

As the director of the National Seaweed Engineering Technology Research Center, the vice-chairman of the China Fisheries Association, the vice-chairman of the China Aquatic Products Circulation and Processing Association, and the chairman of Shandong Dongfang Ocean Group Co., Ltd., Che Shi values ​​"researchers" the most. this identity. On the business card he gave to reporters, the words "Researcher" were clearly printed behind the name "Che Shi". This is his pride.

In order to continuously inject new vitality into the development of the enterprise, in 2010, after repeated and meticulous inspections, Dongfang Ocean cooperated with Norway to take the lead in carrying out salmon farming in China, and became the world's first and largest land-based industrial salmon farming enterprise. . "Oriental Ocean Made" salmon, with its good quality, not only goes to the dining table of Chinese people, but also to the dining table of citizens of the United States, Japan, and even Norway.

Dongfang Ocean has conquered cities in the international market, and Chairman Che Shi has to fly around the world. "Actually, I'm a typical Shandong native, conservative and traditional. When I leave Yantai, no matter where I go, I feel like I'm floating in the air." Che Shi said, "I travel around the world to understand the West and their customs. Let us business is going more smoothly.”

To make the company bigger and stronger, this self-proclaimed "conservative and traditional" Shandong man has always dared to be the first, one step at a time. As the vice-chairman of the China Fisheries Association, Che Shi said that in the future, Oriental Ocean will seek breakthroughs in the breeding of improved aquatic species, efficient ecological aquaculture, deep processing of aquatic products, and marine leisure tourism. "I hope that after a few years of hard work, the employees of Oriental Ocean can drive to work in Mercedes-Benz and BMW."

"Enterprises should create well-being for society"

As an excellent entrepreneur, in the interview, Che Shi talked more about the development of the group and rarely mentioned himself. A colleague who is familiar with him said that as the chairman of a large listed company, Che Shi does not like to socialize and has few entertainment activities. In the eyes of outsiders, his life is too monotonous and boring. But the employees said that Che Shi was a kind, just, generous, tolerant and responsible head of the family.

As a representative of the National People's Congress, Che Shi often said, "When drinking water, think of the source." He actively participates in social welfare undertakings, uses practical actions to relieve the difficulties of the people, and repays the support of the society. In 2007, in recognition of Comrade Che Shi's contribution to the city's development, the Yantai Municipal Party Committee and Municipal Government awarded him a one-time reward of 244,000 yuan. After he received the reward, he immediately donated it to the Municipal Charity Federation.

He actively donated to school and carried out activities to support the army. The company donated 30,000 to 40,000 yuan to local primary schools and kindergartens every year, and sent condolences and condolences worth nearly 30,000 yuan to the resident armed police, firefighters, and border defense forces. When he learned that the employees' families were in serious difficulties, he was always the first to lend a helping hand, and led all the employees of the company to help out.

Che Shi often said that wealth comes from the society, and it is necessary to give back to the society. He believes that the development of an enterprise is not only for personal ideals and career aspirations, but should create well-being for its thousands of employees and take on a heavier social responsibility.