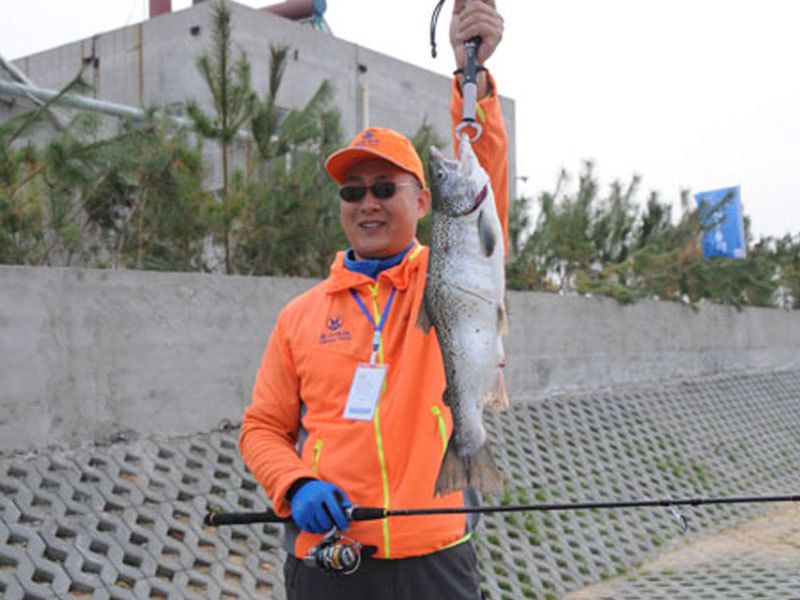 Zhao Yushou, director of Yantai Ocean and Fisheries Bureau, presented the award to the first individual.

Wang Xijie, director of Shandong Aquatic Organism Conservation and Management Center, presented the award to the second place in the group group.

This competition is the first time that Oriental Ocean Technology Co., Ltd. has undertaken the competition after the completion of the Muping Yunxi Fishing Base. Dongfang Ocean Sea Fishing Base is located on the eastern coast of Muping District, Yantai City, with coastal shelter forest in the north, Kunyu Mountain Scenic Area in the south, Yangma Island, a tourist resort in Yantai in the west, and close to the Yantai-Weihai Expressway and the under-construction Binhai East Road. The east extension section is backed by mountains and faces the sea, with convenient transportation and beautiful ecological environment. The Oriental Ocean Sea Fishing Base is a national-level recreational sea fishing comprehensive fishing ground. It has 17,000 mu of artificial reef fishing grounds, more than 200 mu of seawater fishing ponds, and an area of ​​more than 40 mu of onshore supporting service areas. The seawater quality of the fishing ground meets the national first-class water quality standard. It is rich in nutrients and bait organisms, and is suitable for the growth of various marine organisms. The annual fishing output is about 180,000 kilograms. , grouper, American redfish, red snapper, etc.

The construction of the Oriental Ocean Sea Fishing Base is the first step for the company to fully tap the huge tourism resource advantages in marine resources while consolidating and expanding traditional industries, and to create characteristic marine tourism.

"Flying with the heart, the fish jumping with the pole" - Oriental Ocean Sea Fishing Base is committed to creating a complete tourism service system of "fishing, eating, living, traveling, swimming, entertainment, shopping" It is a comprehensive leisure resort park with the theme of beach entertainment, sea treasure breeding and sightseeing.