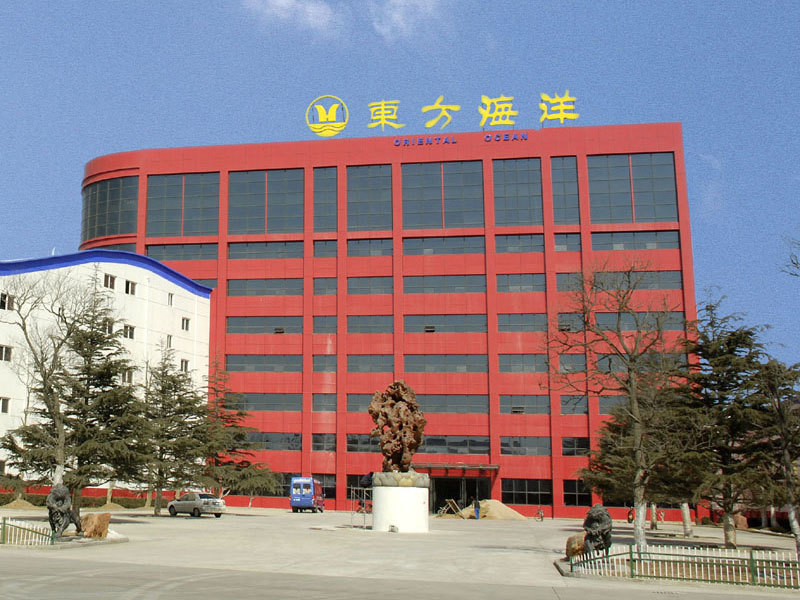 China Securities Net News (Reporter Zhu Jianping) On July 16, Oriental Ocean responded to the feedback from the China Securities Regulatory Commission on its non-public offering. The announcement answered in detail the questions of the relevant departments of the CSRC on the fluctuation of operating income and gross profit margin. In fact, a careful analysis of Dongfang Ocean's announcement shows that the company's future growth path is clearly visible.

Oriental Ocean plans to increase 100 million shares not exceeding 13.73 yuan per share, 853 million to repay bank loans, and 520 million to supplement working capital. Among them, the major shareholders and their sons subscribed for 62 million shares with real money, and the company's supervisors subscribed for 10 million yuan. The high subscription of major shareholders fully demonstrated their confidence in the future development of the company.

Combing the company's performance in recent years, it can be seen that this fixed increase has supported the company's performance. Oriental Ocean is mainly engaged in marine aquaculture and aquatic product processing, and aquatic product processing. From 2012 to the first half of 2015, the operating income was 676 million yuan, 615 million yuan, 604 million yuan and 339 million yuan respectively. Among them, the processing profit of aquatic products is low. With the weakening of consumption in foreign markets, the sales revenue of aquatic products processing business continues to decline. It has been reduced from 406 million yuan in 2012 to 145 million yuan in the first half of 2015. Since 2008, the company has continued to increase investment in breeding business, the scale of breeding has increased year by year, and the income has continued to rise. Especially with the expansion of the scale of sea cucumber breeding, the company's breeding business income has shown a rapid upward trend, which has improved the company's overall profitability. The company's marine aquaculture species include sea cucumber, salmon, flounder, scallop seedlings and kelp seedlings, etc. Marine aquaculture is the company's key business segment in recent years, showing an increasing trend. RMB 255,580,400, RMB 215,515,000, RMB 256,217,800 and RMB 186,236,000, with growth rates of 31.81%, -15.68%, 18.89% and 45.54%, respectively. The reason for the sharp decline in 2013: First, the domestic high-end catering consumption market continued to grow in 2013. In the downturn, the price of the company's sea cucumbers dropped sharply; secondly, in 2013, the company continued to increase the investment in sea cucumber seedling cultivation, placement and feed.

The expansion of the salmon farming business will be another engine for the company's performance growth. Since the company's salmon farming business is in its infancy, a process of exploration is required to maximize the farming habits and farming benefits of salmon. Although the capacity utilization rate is low, both production and sales and sales revenue maintain a high growth rate. From 2012 to 2014, its salmon sales were 9.39 tons, 48.19 tons and 81.42 tons respectively, bringing in revenue of 1.1238 million, 5.0273 million and 8.9668 million yuan. At present, after preliminary exploration and experience summarization, the company has summarized a set of valuable experience in salmon farming, which has laid a foundation for the rapid growth of the scale of salmon farming products in the future. At present, the seawater body of the company's salmon farming workshop is 36,000 cubic meters, and the salmon farming capacity is between 700-900 tons per year. On this basis, the company continues to accelerate the industrialization of the closed-circulating aquaculture project of Atlantic salmon, and strives to achieve a salmon aquaculture production capacity of 2,600 tons per year by 2017 through new construction and renovation of the original aquaculture workshop. It is expected that from 2015 to 2017, it will bring sales revenue of 33.039 million yuan, 55.065 million yuan and 99.117 million yuan.

It can be seen that the strategic layout of Oriental Ocean for the blue sea area will enter the harvest period. However, due to the industry characteristics of more capital investment in the seafood farming and processing business, the company's current asset-liability ratio is high, and financial expenses are high, dragging down the company. pace of expansion. As of June 30, 2015, the company's total assets were 3.016 billion yuan, and the total liabilities were 1.545 billion yuan. The company's asset-liability ratio was at a relatively high level among listed companies in the same industry, and interest expenses increased year by year. In half a year, financial expenses reached 55.8703 million yuan, 55.0401 million yuan, 61.0977 million yuan and 37.2186 million yuan respectively. Extremely detrimental to the company's business development.