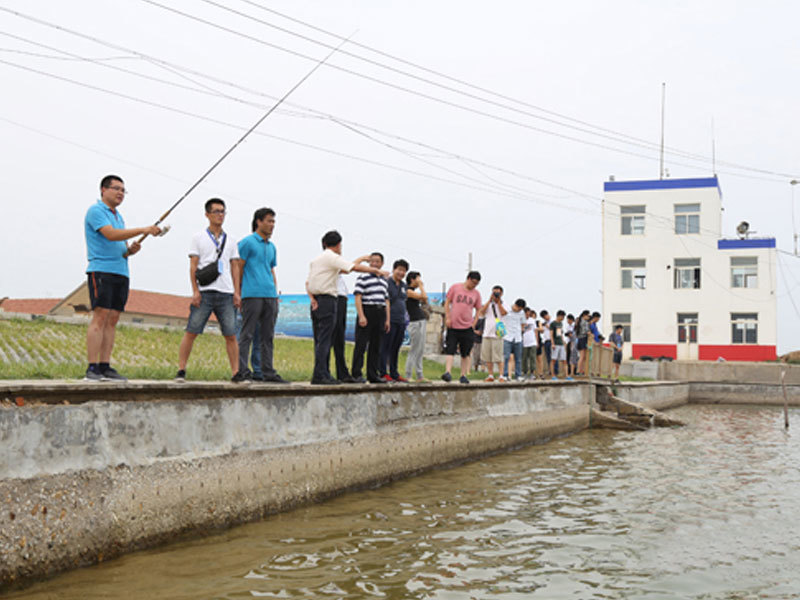 On the afternoon of August 17, the reporters of the "Marine Granary·National Online Media Shandong Ocean Tour" interview group came to the Oriental Ocean Fishing Base located on the eastern coast of Muping District, Yantai City (N37°27'N37°27'E121°47'E). There is a coastal shelter forest in the north, Kunyu Mountain Scenic Area in the south, Yangma Island, a tourist resort in Yantai in the west, close to the Yantai-Weihai Expressway and the east extension of Binhai East Road under construction. beautiful.

In the fish reef area of ​​Ocean Ranch, the interview group experienced the fun of fishing. A long rod was thrown out, and a bunch of sea fish were watching, but they didn't take the bait. The last thing that came up was a ball of seaweed. All the team members were unsuccessful. It is reported that the Oriental Ocean Sea Fishing Base is a national-level recreational sea fishing comprehensive fishing ground, with 17,000 mu of marine ranch and reef fishing grounds, more than 200 mu of seawater fishing ponds, and an area of ​​more than 40 mu of onshore supporting service areas. The seawater quality of the fishing ground meets the national first-class water quality standard. It is rich in nutrients and bait organisms, suitable for the growth of a variety of marine organisms. The annual fishing output is about 180,000 kilograms. , sea bass, black sea bream and other resources. The saltwater fishing ponds have the only Atlantic salmon and bass, black catfish, grouper, American redfish, and red snapper in the country.

Shandong Province plans to build a marine granary. Shandong will realize the combined development of recreational sea fishing and coastal tourism, promote the market-oriented operation of marine ranches, cultivate a number of high-quality leisure fishing projects, and create a “fisherman fishing” brand to drive leisure fishing tourism consumption. By 2020, the province's recreational fishing and related industries will have an annual revenue of 10 billion yuan.