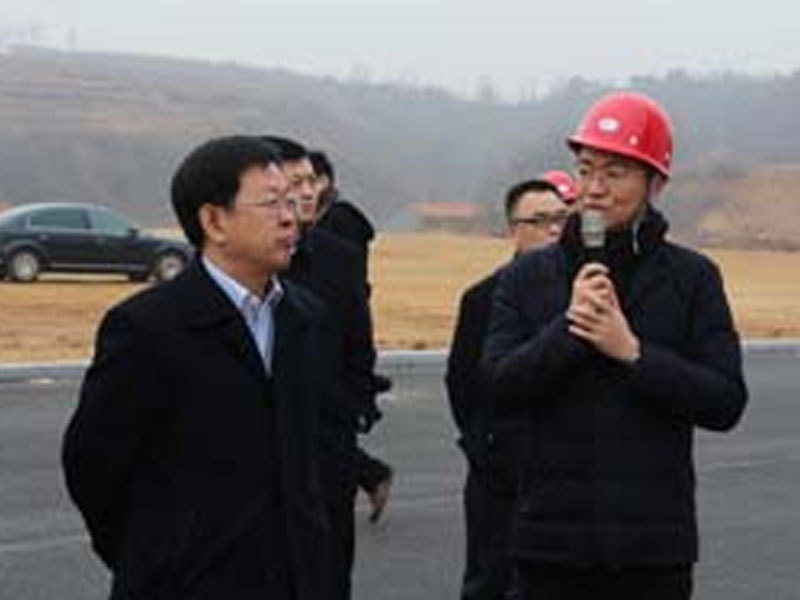 On February 16, 2017, Zhang Dailing, deputy mayor of Yantai City, and his party went to Oriental Ocean for investigation and work. Che Zhiyuan, deputy general manager of the company, is in charge of reception.

Deputy Mayor Zhang Dailing and his party first visited the company's precision medical science and technology park. As a key construction project in Laishan District, the construction of the Science and Technology Park has attracted attention from all walks of life since it was planned and started, and has received strong support from leaders at all levels. Now the construction project is in full swing. At present, there are three office buildings, laboratory buildings and workshop No. 1. The single unit has been completed, the interior decoration is in progress, and the main body of the reception building is under construction.

Zhang Dailing highly affirmed the construction progress of the Science and Technology Park, and encouraged the company to focus on safety and quality, complete the project construction tasks with high quality and efficiency, and give full play to the high-tech innovation platform and achievement incubation function of the park as soon as possible.

In the subsequent symposium, Zhang Dailing reiterated that the No. 28 document issued by the municipal government will bring good development opportunities to the company, requiring the company to deeply understand and take active actions to be at the forefront of the development of the medical and health field in Yantai. Yantai has good natural conditions and construction environment, and is committed to doing a good job in China's high-end medical market. It is a big industry. He emphasized: In the next five years, during the 13th Five-Year Plan period, Yantai's medical and health care must improve qualitatively, not to copy at a low level, nor to build at the same level as existing hospitals, but to build on existing hospitals and increase incrementally. Build higher-level medical institutions in line with international standards.

Zhang Dailing also cared about the details of the company's production and development, and demanded that all work be carried out in a solid manner in accordance with industry standards. At the same time, it said that if the company encounters difficulties in project construction and production in the future, the municipal government will coordinate with relevant departments to actively solve and support it.

Che Zhiyuan, on behalf of the company, said that the government policies were introduced in a timely and reasonable manner, so that the development of the enterprise and the support of the government were organically combined.