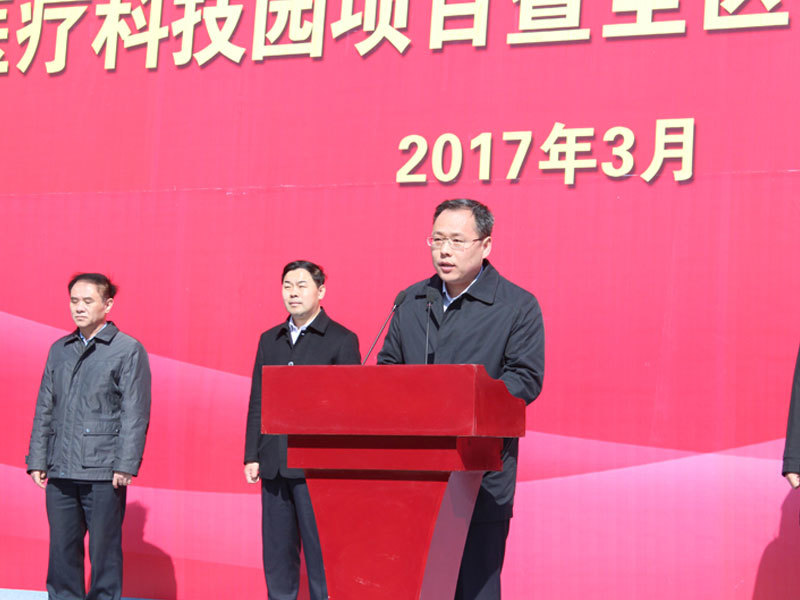 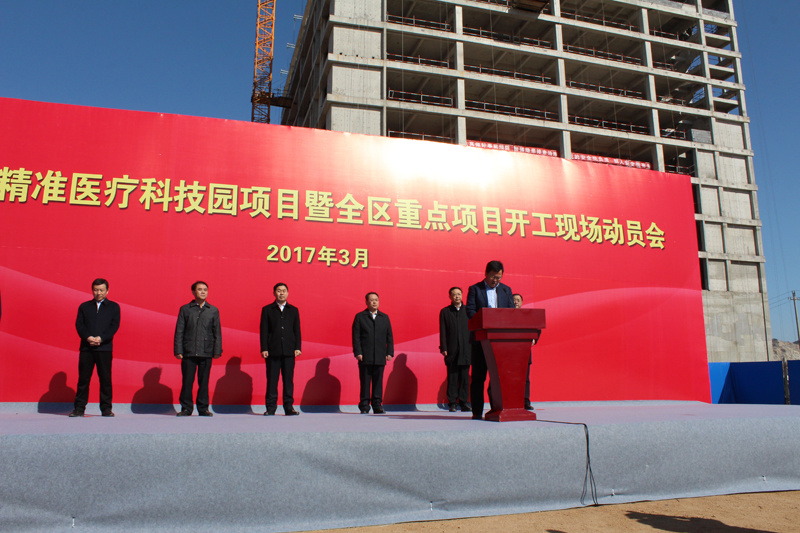 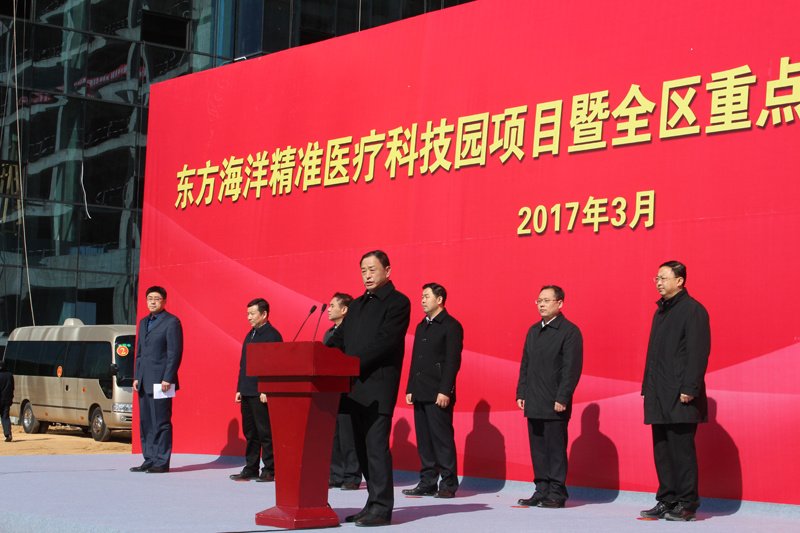 Deputy General Manager Yu Chunsong, on behalf of all the staff of Orient Ocean Group, welcomed leaders and guests to the project site of the Precision Medical Science and Technology Park, and introduced the project progress in detail. 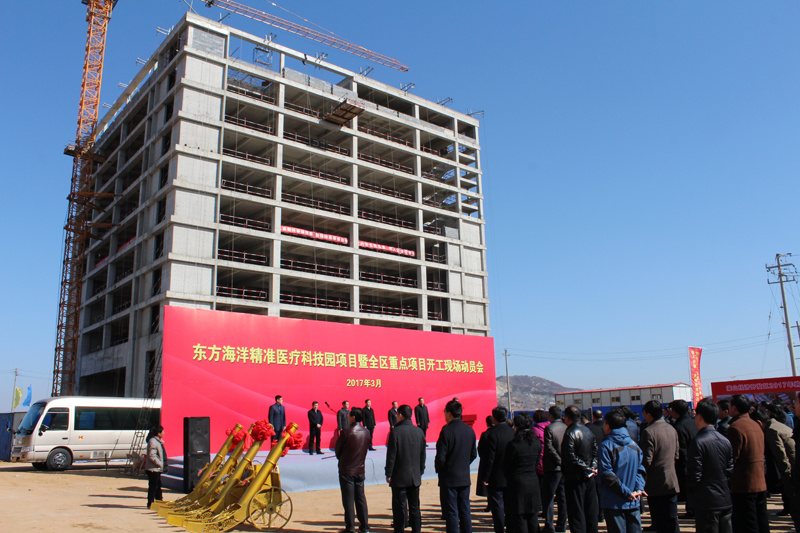 Pictured above is the completed office building

The Oriental Ocean Precision Medical Technology Park project has a total investment of 1.9 billion yuan, a total area of ​​354 mu, and a construction area of ​​240,000 square meters. It mainly builds four major industries: in vitro diagnostic medical device companies, genetic precision diagnostic companies, mass spectrometry companies, and third-party testing laboratories. After the project is completed and put into production, it is expected that the annual sales will reach 2.4 billion yuan, and the profit and tax will be about 900 million yuan. The first phase of the project covers an area of ​​83 acres, with a total construction area of ​​26,000 square meters for office buildings, workshops and R&D centers. The second phase of the land is going through the bidding and auction procedures. 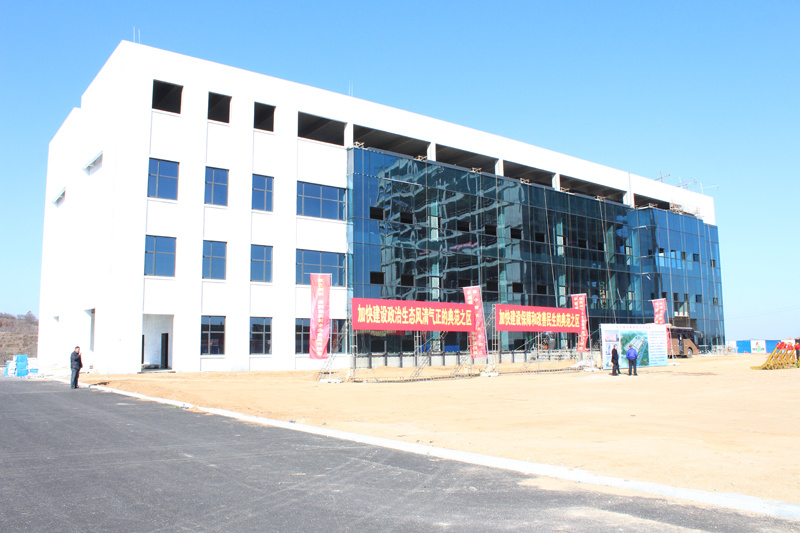 The picture above shows the experimental building under renovation

As an emerging sunrise industry, precision medicine is being highly valued by enterprises and governments at all levels. As the first technology-based park in the field of precision medicine built by our city and even our province, the Oriental Ocean Precision Medicine Technology Park is currently the largest precision medical science and technology park in my country with complete cutting-edge technologies and functions. It already has a solid scientific research foundation. The overseas top innovative talent team is in line with the national industrial policy and orientation, which will greatly promote the development of the city's pharmaceutical and health industry. At the same time, as a local enterprise in Yantai, the company is willing to continue to take root and grow in this field through external extension, internal extension and other means with the support of the government, to promote the enterprise to enter the fast lane of sustainable, healthy and rapid development, and to build my country's medical industry. Chain and biology-clinical-big data integrated services have laid the foundation, and also made greater contributions to the economic take-off of Laishan. 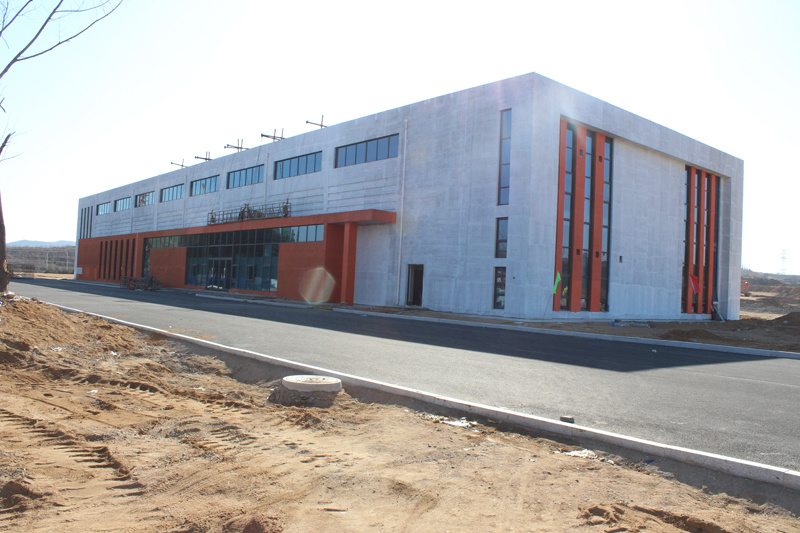 The picture above shows workshop No. 1

The observation activity was carried out in a warm and friendly atmosphere. Su Jian, deputy head of Laishan Economic Development Zone and director of the management committee, and Sun Yurong, deputy secretary of the district committee and head of the district, delivered speeches respectively. Leaders at the meeting put forward higher requirements for the construction quality of the science park, expressed their appreciation and satisfaction with the progress of the project, and placed high hopes on the early completion and use of the project.