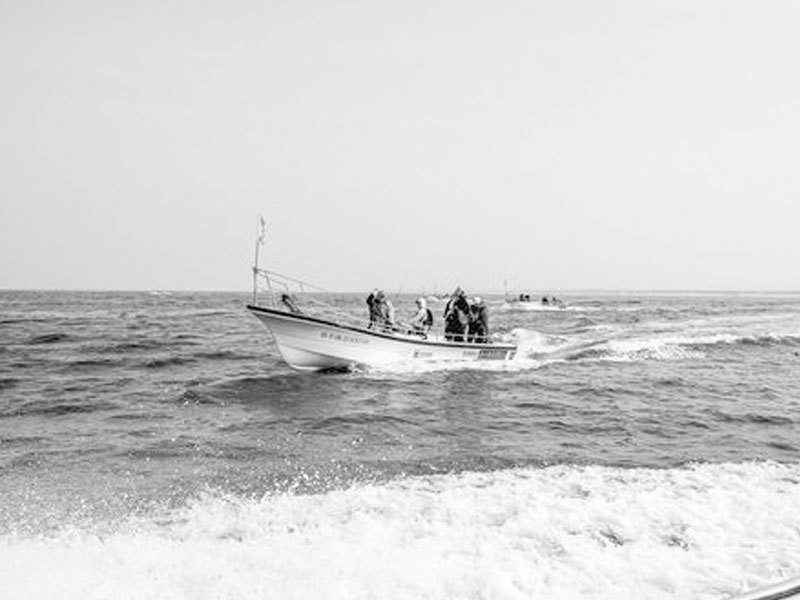 In the coastal waters of the northern part of Yunxi, Muping District, Yantai City, Shandong Province, the sea water is clean and clear, and it is a hiding place for many fish to avoid wind and waves and natural enemies. Aquatic creatures can be effectively protected here, and marine life can thrive. This is Shandong Province. The National Marine Ranch Demonstration Area in the northern waters of Muping.

According to the actual situation of the sea area, the resource status of the sea area, and the suitable environment and production and breeding objects of resource-proliferating organisms, Oriental Ocean has made full use of local material resources, and has started to build marine pastures in the 1,216-hectare sea area from 2009 to the present. The plan of reef and square steel-concrete prefabricated fish reef is used to build reefs in the reef area. At present, more than 500,000 empty squares of various reefs have been put in.

According to the follow-up survey of the sea area, three years after the implementation of the marine ranch, a large number of attachments and algae have grown in the fish reef area.

According to the person in charge, while the marine ecological environment has been improved, a large number of high-quality fish have gathered, and shellfish, wrinkled abalone and sea cucumbers have inhabited the reef area, providing a good place for marine life to thrive. Compared with the sea areas without artificial reefs, the output of marine treasures can reach more than three times.

Through the observation of the underwater camera, the staff found that the effect of putting stone reefs and concrete component reefs in the sea area was very significant. The attached seaweed covered the stone reefs and the biological resources increased significantly.

The construction of marine pastures not only improves the environment of the sea area, but also increases the biodiversity of fisheries and stimulates the vitality of offshore fisheries.

The completion of the marine ranch has driven the conversion of fishing boats and fishermen, which is conducive to the social stability of fishing areas and the healthy and sustainable development of marine fisheries.

It is estimated that in 2018, the demonstration area will produce 280 tons of sea cucumbers, and more than 80 tons of other fish, crabs and other seafood, with an output value of more than 52 million yuan, driving the construction of 1,500 hectares of marine pastures in the nearby sea areas.

Not only that, the marine ranch has also driven the development of related industries such as the recreational fishery industry.

On the basis of the previous construction of the National Marine Ranch Demonstration Zone, Oriental Ocean has carried out the construction of a recreational fishing base. Through organizing competitions to build the popularity of leisure fishing, in 2014 and 2015, it hosted the "Fisherman Fishing" leisure fishing competition with Shandong characteristics, which won unanimous praise from fishing enthusiasts all over the country. In 2015, Oriental Ocean Muping Base was awarded the title of "International Sea Fishing Exchange Center".

At present, the investment of more than 1.5 million yuan has been completed, and the construction is being accelerated. The commissioning of the marine ranch observation network has been completed, and the data connection with the Shandong Provincial Asset Management Center has basically realized the all-weather "observable, measurable, and reliable monitoring of the marine ranch ecological environment." controllable".