Accelerate the conversion of old and new kinetic energy to boost the take-off of the marine economy——Interview with Che Shi, deputy to the National People's Congress and chairman of Shandong Oriental Ocean Technology Co., Ltd. 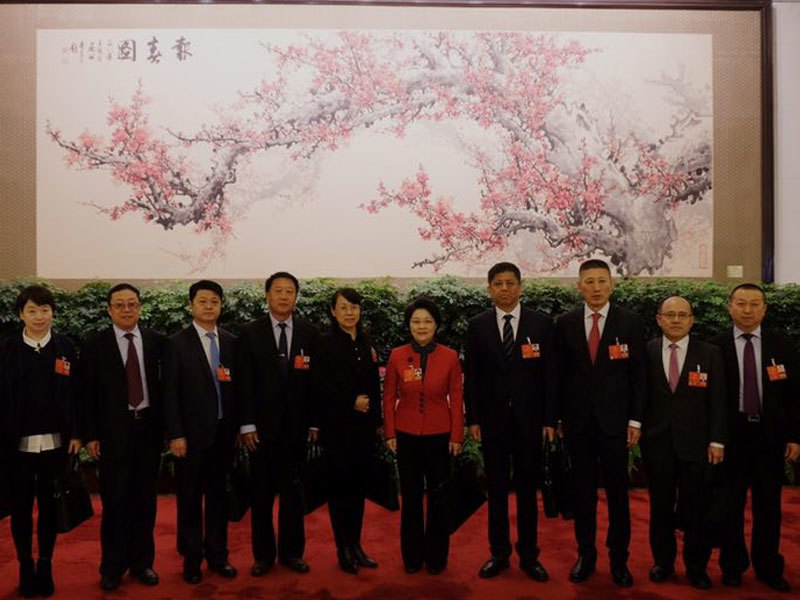 On March 5, the first session of the 13th National People's Congress, which attracted worldwide attention, was successfully held. Forging ahead in a new era and building a new journey of dreams, Che Shi, chairman of Shandong Oriental Ocean Technology Co., Ltd., as a representative of the workers on the scientific and technological front, shoulders the great trust of the people, and participated in this conference. Before the opening of the conference, he was interviewed by reporters:

At the beginning of the new year, the State Council officially approved the overall plan for the construction of a comprehensive pilot zone for the conversion of new and old kinetic energy in Shandong. This is the first pilot area in my country with the theme of the conversion of old and new kinetic energy; it is also the first regional national strategy approved after the 19th National Congress of the Communist Party of China. Firmly seize the fleeting and important historical opportunity of the transformation of new and old kinetic energy, and actively implement the strategy of "coordination of sea and land" and "building a strong maritime country". Integrate existing resources, consolidate the development advantages in the marine industry, accelerate the promotion of the big health industry layout, promote the company's two-wheel-driven innovation and development of the big health industry and the marine industry, and gradually realize the comprehensive shift and upgrade of the dual main business strategy of marine and big health , enhance the company's comprehensive strength and form a strong international competitiveness.

When talking about the development direction of the marine industry, Che Shi briefly introduced the current status of marine economic development, focusing on Premier Li Keqiang's government work report, suggesting that preferential policies such as land use, sea use, and taxation should be strengthened in the following three aspects: 1. It is to build an ecological ocean. Actively promote low-carbon and high-efficiency ecological breeding technology, build a large-scale, standardized ecological and intensive industrial breeding model, and create a park demonstration project with the connotation of equipment engineering, technology modernization, production factoryization, and management industrialization. The second is to develop the blue ocean and care for life and health. Vigorously develop the deep processing technology of aquatic products, extend the industrial chain, develop marine functional food, special medical food and marine medicine, and improve the utilization rate of resources. The third is to scientifically develop the marine economy and build a smart ocean. Comprehensive utilization of marine pasture resources, in-depth implementation of the "Internet +" action, building a "transparent ocean", promoting the deep integration of the ocean with the Internet, tourism, leisure, culture, health and other industries, and creating a terminal, experiential, circular, and intelligent new A new industry format, creating a leisure fishery demonstration base that integrates leisure sea fishing, fishermen's life experience, sea adventure, beach entertainment, sea treasures breeding and sightseeing, popular science education, and specialty catering.

When talking about the development direction of the big health industry, Che Shi said: In 2018, we will focus on the construction of the precision medical science and technology park project. This is not only the first precision medical science and technology park built in Shandong Province, but also the largest in China, with cutting-edge technology, complete functions, Designing a first-class precision medical park will be of great significance as a demonstration park in the industry in the future. In the implementation of the national innovation-driven development strategy, the company has always been at the forefront of the field of biological diagnosis at home and abroad, introducing foreign advanced professional technologies and concepts, expanding domestic and foreign cooperation channels, focusing on AIDS, early diagnosis of malignant tumors, intelligent on-site rapid detection, automation Frontier and major common key technologies in the field of biological diagnosis such as clinical inspection equipment, and create a leading enterprise in the field of precision medicine.

In order to further improve the level of regional medical services, the construction of the North Children's Hospital (Yantai) project was started. After the completion of the hospital, it will greatly alleviate the current difficulties in seeking medical care for children in Yantai and surrounding areas, and provide a professional medical environment for children. In the future, it will build a mid-to-high-end international hospital featuring obstetrics, obstetrics and pediatrics, and major oncology department. It will continue to seek cooperation and exchanges with foreign hospitals and medical institutions to build a modern international telemedicine system.

Che Shi, a deputy to the National People's Congress, proposes a green aquatic economy, and Oriental Ocean helps to transform the industry

Che Shi, a deputy to the National People's Congress, proposes a green aquatic economy, and Oriental Ocean helps to transform the industry